Gwenn feels herself rolling. She doesn’t know if she passed out, but she finds herself into a strange world. 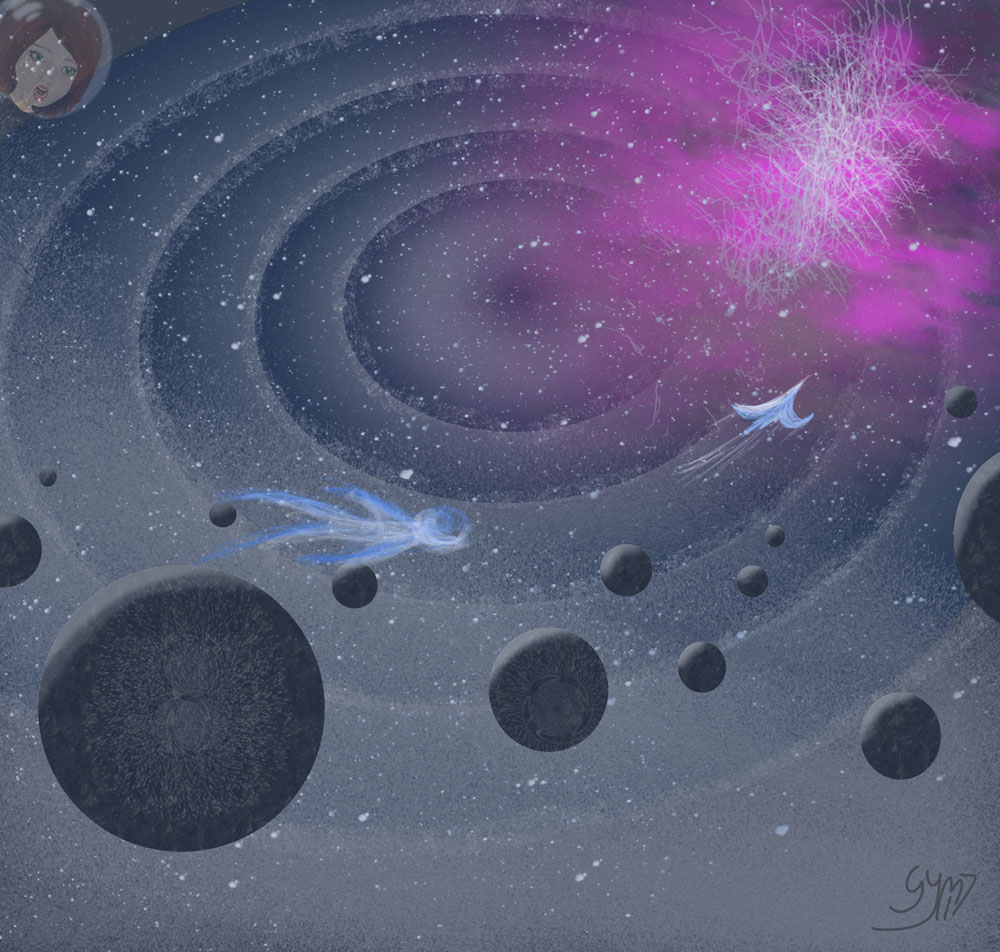 She feels very calmness, very relaxed like is she flies over the universe. She sees herself like a small blue shape who’s moving from a planet to another without any difficulty, but also without any apparent goal. She can’t do anything else than to follow this small blue wing. She thinks distinguish some improbable creatures which seem to be half blue sand and half insect while using space as fulcrum to move.

Then the landscapes disappear, Gwenn finds back her seat and the screens around her. She suddenly understands that the screens follow all the parts of her body and optimize them. The extra worlds have analyzed how the human body works, have understand all its mysteries and are in the process to optimize them to allow Gwenn to be able to communicate with them. Their world is so in advance over the earthlings that these are unable to perceive their existence and their way of living. Mind has taken over the physical. But, the magic ends, the seat transfers Gwenn at high speed and takes her in front of this high white person that she has already met. This one transmits a message into her head.

“We have completed your optimization, it’s up to you to make good use of it. We have to leave, we should better understand each other when you’ll be back.”…